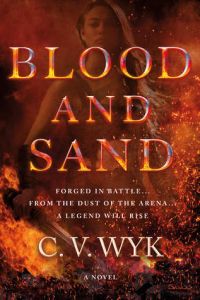 Little late sharing this, but if you got the time, go check out my review of Blood and Sand by C.W. Wyk on Amazing Stories. Its the story of Spartacus if Spartacus was a woman.
Posted by Mitro at 3:00 PM No comments:

Is This a Plausible Map of Gilead from The Handmaid's Tale? (A Map Analysis)

Season 2 of Hulu's adaptation of The Handmaid's Tale has begun, so now is the time to analyze a map of Gilead.
Posted by Mitro at 11:01 AM No comments:

We finish off the 90s with a look at soc.history.what-if and its impact on alternate history.
Posted by Mitro at 9:06 AM No comments: 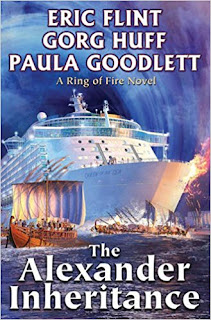 I reviewed The Alexander Inheritance by Eric Flint, Gorg Huff and Paula Goodlett over on Amazing Stories. Could it be another 1632? Well...
Posted by Mitro at 3:33 PM No comments:

Can We Redraw Europe Using Their Longest-Lasting Borders? (A Map Analysis)

Today we analyze a map created by a Sidewise Award winning author that features Europe's longest-lasting borders.
Posted by Mitro at 8:34 AM No comments: 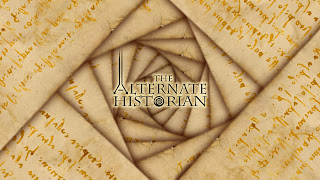 Fun fact: the last time I did one of these State of the Channel posts was March 2017. I guess I just didn't find it necessary in the last year to do more of them, but recent events have convinced me that its time I get off my ass and talk to you guys about what is going on with the channel presently and what is coming to you all in the future.

Where I have been the last month?

Some of you may have noticed that many of my videos have been late by days or even weeks. Those who follow me on Facebook or Twitter may also have noticed that I have skipped several days of social media posting. I like to apologize once again for this...but unfortunately more delays are likely in the near future.

I can't go into too many details, but at my day job my department got saddled with a massively important project that has sucked up any time I've had to do anything else. I've been skipping lunches, working late at home and even putting in hours during the weekend. Even when I do have free time I am usually exhausted and would rather spend time with my family.

Now if this channel was just a hobby like I have said many times in the past, that might be a legitimate excuse, but I don't think I can call this a "hobby" anymore. I have a lot more subscribers and Patreon supporters than I had a few months ago giving me a serious obligation to make the videos I promised to make. Thus I will do everything I can to meet those promises.

All I ask for is patience as I struggle to balance family, work and the channel. To be honest all of you have been super supportive and I couldn't be more grateful that you all still follow me, but I guess I have just been feeling guilty lately and wanted to apologize again and promise to do better going forward.

Speaking of the future...

So I recently reached one of my Patreon goals to watch and review every episode of the alternate history series Sliders. I'm looking forward to this one because I never did finish watching the series when it was on the air. I remember watching the first season, but lost interest in the second season and only watched a few episodes here and there as the show went on.

General consensus among alternate historians appears to be that this show had a great premise, but poor decisions by the producers led to the quality of the show's writing to deteriorate as the seasons went by. It will be interesting to see if I agree with this consensus.

So when will you get to see the first episode? Well I need to finish my Warping History series first. For those who don't know this is a mini-series I am doing where I recount the history of the online alternate history community. You can watch my first episode here where I discuss GEnie, the early years of Uchronia, the 90s alternate history boom, the founding of the Sidewise Awards and more. My next episode (which should be my next video) will discuss the soc.history.what-if years up to the year 2000, so stay tuned for that.

Because Warping History was a Patreon goal as well I think its best I finish it first. I think I got 4 (maybe 5) episodes left so the Sliders retrospective should begin in late 2018. In the meantime, I'm looking for ideas about what to call the show. If you have any ideas, feel free to share it in the comments below.

While I am excited about the upcoming Sliders retrospective, I am honestly surprised I reached that goal so quickly. I guess I didn't have much confidence that anyone would spend money on me to make videos (growing up a loner on the heavy side doesn't do wonders for your self-esteem).

So I made some changes to my Patreon goals. My next goal is to post a review of an alternate history every day for one month has been changed from $100 to $200. This is because I honestly don't think I could handle such a project right now with my lack of free time and my outstanding Patreon requests (more on those later). Hopefully the new goal will get me some breathing room to take care of my current patrons.

More importantly, that is my last outstanding goal! I need some new ones to encourage future patrons. So my question to you is: what kind of goals would you like to see? Feel free to share them in the comments below.

So I'm super thankful about all of my current and new patrons. You guys rock! Also why are so many of you named Sean?

Anywho, there are a lot of videos I need to do and due to my current scheduling framework (where every other video is a map analysis) it means several requests won't be completed until months from now. I may need to stop doing so many map analysis videos, but I'm hesitant to do so because they are consistently my most popular videos on my channel. What do you guys think I should do? I would love to hear your suggestions.

So my next Q&A is scheduled for when I reach 20,000 subscribers and as I write this post I'm only a couple hundred subscribers from 16,000, so the Q&A is coming sooner rather than later. Would anyone be interested in doing a livestream Q&A? I've seen several other YouTubers do that and I'm curious about what you guys think of them. Do you want to do a livestream or do you prefer my current format? I've asked this question before and got only a tepid response so I dropped the idea, but now that there are more of you I've decided to revisit the idea once again.

Well I think I've rambled long enough. Thanks again for sticking with me and here is to even more speculating for 2018!
Posted by Mitro at 12:14 PM No comments: