Want to read a high concept alternate history featuring a war between Romans, Mongols and Native Americans? Then check out my review of Alan Smale's Eagle and Empire, the final chapter in the Clash of Eagles trilogy.
Posted by Mitro at 1:33 PM No comments:

I sat down with Tom Black of Sea Lion Press to talk about the publishing house he founded, whether alternate history is a setting or a genre and the golden age of AH TV.
Posted by Mitro at 10:58 AM No comments: 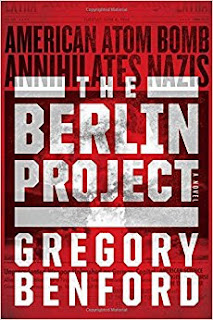 What if the United States had perfected the atomic bomb a year earlier? Find out in my review of Gregory Benford's The Berlin Project.
Posted by Mitro at 1:40 PM No comments: 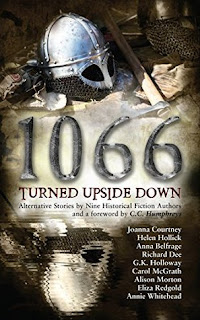 What if William wasn't a conqueror? Find out in my review of 1066 Turned Upside Down.
Posted by Mitro at 9:29 AM No comments:

Don't Call it the Anti-Confederate: My Reaction to Black America

In case you are not thrilled about HBO's Confederate, I recommend you check out Black America.
Posted by Mitro at 3:03 PM No comments: 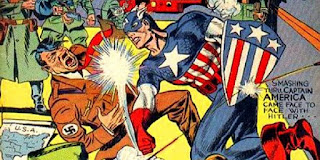 Looking at what is going on in Charlottesville got me thinking about my past. When I was a kid, my friends and I would imagine what we would do if we were alive during World War II. We all agreed we would volunteer for the army to fight the Nazis like our grandparents did because, of course, Nazis were bad and should be wiped from the face of this Earth. Although the heroic scenarios we imagined about us parachuting into Berlin and punching Hitler would make even Michael Bay roll his eyes, our barely developed brains were still able to grasp just how evil such a regime really was.

Flash forward to the present where I am now an adult and there are people from my generation who are telling me that by calling those who Sieg Heil and want to roll back a century's worth of civil rights "Nazis" is just making things worse. I instead need to understand where they are coming from and realize that they have legitimate concerns that need to be addressed so that a compromise can finally be found. In the end I am just being a bully by resorting to name calling and that won't solve anything.

Sorry, can't do it. Fuck Nazis.

I can't stop Neo-Nazis, the alt-right, white supremacists, white nationalists, racial realists or whatever stupid PC term I am supposed to refer to them now from having their repugnant beliefs or speaking them in public places. Our Constitution is pretty clear on their right to do so. Yet I don't have to listen to them, or understand them, or compromise with them because thankfully the Constitution protects that as well. I am free to say there is no middle ground with people who want to decide who is actually "human".

And yeah I can already hear some people sarcastically saying: "Wow, Matt, you are taking a stand against Nazis. How brave of you."

But that's the thing: I never thought it would be necessary to do that in 2017. All my life I've been told hate groups like the KKK were disappearing and things were getting better. Now I am being told I need to listen to racists and fascists as if their ideas are just as relevant as someone who thinks the federal income tax is too high. I'm reading articles stating that memberships in hate groups are growing thanks to Facebook of all things. Even millennials, the generation that is supposed to be the uber-liberal generation if everyone's crazy uncle is to be believed, are swelling the ranks of campus groups that preach the superiority of white civilization. They're acting like their time has finally come, while the only thing we can do is talk patience and understanding.

And it shouldn't matter what your personal politics are. Liberal or conservative, social democrat or libertarian, Hillary supporter or Trump supporter...we should all agree that this has gone to far. These ideas are wrong and their adherents will only do worse if we keep acting like this is just politics as usual. I fear that if we keep trying to be the bigger person with these people someone is going to get hurt. These are people who have grandiose plans of violence against millions of Americans and that should not be acceptable in our society.

You know alternate historians like to think that we live in the best of all possible timelines...and yet I can't agree with that belief anymore. We should have done better. There are people alive today who worked to defeat the Nazis, end the Soviet Union, fight for Civil Rights across America, dismantle apartheid in South Africa and work to bring a continent like Europe with its long history of war into an organization that might actually achieve that lofty goal of finally bringing peace in our time. And yet now we seem to have gotten lazy and the dark side of western civilization is experiencing a renaissance. I'm actually surprised I haven't yet seen some nut-job go on the news and hold up the Draka books as an example of the "utopia" they are trying to create.

Thankfully we can still do better. We need to call bullshit on the people who claim how superior whites are and yet cry that white people aren't getting into college because of "affirmative action". We can't be distracted by those who complain about the violence of the "far left" while they cheer the military being called out to stop a protest. We can't listen to people who lionize those who fought to preserve slavery in America and instead say the men and women of different colors who fought to end it, whether wearing the Union blue or working tirelessly on the Underground Railroad, aren't worth our time or attention. We can't allow ourselves for a second to believe that those who work for equality and justice among all races are somehow the real "racists".

In the end all I am saying is it really shouldn't be this hard to oppose Nazis and what they believe in. We saw what happened in the past when people tried to compromise with the worst of humanity. It didn't work then, it won't work now. Unfortunately I don't have a plan on how to fight them. All I can say is keeping speaking out, keeping standing by those who are targets of hate and, for the love of God, do not vote for anyone who even for a second acts like these beliefs deserve discussion.

Our grandparent's generation were motivated to fight by what their kids would think about them in the future. The next generation is counting on us now to do what's right now and we shouldn't fail them.
Posted by Mitro at 12:51 PM 1 comment: 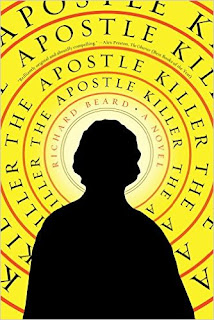 Is The Apostle Killer by Richard Beard an alternate history? Find out in my review of the novel on Amazing Stories.
Posted by Mitro at 4:41 PM No comments:

What Are the 13 Commonwealths of Fallout?

Did you know Fallout is an alternate history? Did you also know there is a map from the game for us to analyze?