The Many Worlds of Alternate History: An Essay on Speculative Fiction 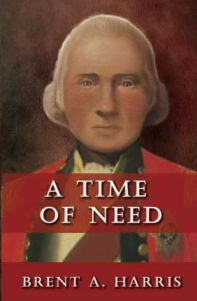 It took a long time for him to die. The musketball itself was of a large enough caliber to be instantly fatal, but the ball only found flesh. It entered Benedict Arnold’s stomach, turned upwards and traveled through skin, skipping ribs, puncturing organs and tearing through tissue, dodging arteries and punching a hole through fat and muscle, before exploding out from the blackness and frailty of the human form, and lodging itself into a crater among the bullets and bodies lain strewn across the once gentle grasses of Saratoga.

Smoke filled the field. Thick and grey, it blinded the soldiers and stung their eyes with cruel acridity. As thick as it was, it couldn’t overcome the stench of copper, nor the foulness of bowels emptying from the once brave men-turned-corpses. His ears thundered, a soundless roar against the cacophony of small cannon cracking, muskets bursting, and drums pounding orders. His black horse neighed, reared upward at first and then fell, toppling its rider onto the ground between two British redoubts. Arnold lay crushed underneath the fallen horse. There was no air to breathe, nothing to staunch the flow of blood pouring out his wound, nothing to stop the slow slip of his soul coming to rest.

If the Colonial general had lived but a moment longer, he would have heard the cheers of the Yankee soldiers successfully storming the British fortifications – a direct result of his bravery and sacrifice. He would have heard the brief cry of excitement by the British at felling such an imposing foe, followed by screams of pain and the hollering of horrors as they were overrun and chased down to die. Had he lived, he would have been raised in the revelry of victory rather than lowered into an early grave.

The heroic acts of this Patriot were numerous. He struck a British fort early, providing much-needed cannons, which lifted the siege of Boston. He traveled through wilderness in the dead of winter to prove the British were not invincible even in as remote an area as Quebec. He built, captured, and deployed the first U.S. Naval fleet and successfully kept the British Navy at bay single-handedly on Lake Champlain, which stalled the British invasion from the North. And finally, his rally of the soldiers at Saratoga led to the surrender of General Burgoyne, which made possible French involvement in the Revolution which directly led to America’s triumph over Britain.

And this is history. Or rather, alternate history.

In another world, one familiar to us until this point, a Confederate private in pilfered Yankee trousers and a corporal call out to a courier. They inform the messenger he’d dropped something. Much obliged, the messenger rewards cigars to the helpful soldiers. If he’d lost Lee’s Special Order 191 which was wrapped around those cigars, and the Union General, McClellan found them, the South “Would have lost the whole war.” This is a world Harry Turtledove stirs into reality after one small act changes the shape of the United States. Imagine, everything you know is different, simply because an observant soldier noticed some cigars laying on the ground.

S.M. Stirling conjures a world of survivalism post ‘Change’ -- a mysterious event that takes our technology away and examines how society breaks down in the aftermath. In more down-to-earth alternate history, S.M. imagines a world where Teddy Roosevelt wins a late third term and hastens American involvement into World War 1. Jack London writes along the same vein in Iron Heel, about a brutal oligarchy that takes power in 1914 America. Harry Harrison, Winston Churchill, Sprague De Camp, even Stephen King have all created their own world based off a single change from our own.

Alternate history allows us to learn more about how our world came to be by examining what could have been. By nature, it is full of insight. Change one tiny thing, and a whole new world emerges. It’s important for historians to study what has had an historical impact and what hasn’t. Killing baby Hitler would not have prevented World War II. Therefore, it’s important for social scientists to examine the social movements that have brought about social change. It’s important to us as writers as it forces us to ask questions, even if AH is not our genre, as ‘what happens if?’ opens whole new possibilities and creates new worlds, even in our fictional ones. It’s important to readers and viewers who want something new and fresh, who may be looking for that all-elusive escapism. What better than to escape into a whole new world, where you’re a rock star, rather than a check-in clerk at an airline? What happens when you can be a whole different person?

What if a traitor could have been a hero, for instance? In our timeline, Benedict Arnold was a traitorous villain. But he was also a tactical genius of a general who led from the front and always took the initiative. Disobeying direct orders, he plowed through Freeman’s Farm in Upper-State New York, Saratoga, and rallied his soldiers to fight onward against the formidable British fortifications. Soldiers followed him, and the battle shifted sides. In the process, he took a ball to his leg, an injury penultimate only to the wound to his pride as others took credit for his actions. It set him onto the path of betrayal and treason.

If only he had taken the bullet to his chest, a matter of a few feet, then this fallen founder would have died the hero rather living long enough to turn the villain. And America would have revered him. He would have statues built of him. Schools named after him. The name ‘Benedict Arnold’ would be associated with the word ‘Patriot’ rather than the title of traitor it implies today. If alternate history can turn a monster into a martyr by altering the path of a ball by a couple feet, then the genre is at least worth exploring along with speculative fiction and its cousins.

Science fiction explores what can happen in the future. Speculative fiction asks what can happen to us right now. Alternate history explores what could have happened in the past. In fact, all great works must start by asking the same question: What if? Philip K Dick asked what if the Allies had lost WW2 in a timeline where Japan and Germany divide the U.S. in The Man in the High Castle. NBC’s Timeless asks if there’s a point of divergence where a husband can travel to the past to root out a shadow organization before they can murder his wife and child. In speculative works, Michael Crichton asks what if dinosaurs could be brought back to life? In pure science fiction, Gene Roddenberry questioned if it’s possible for the planet to unite to pursue the stars. We’ve always asked questions. We’ve always sought answers. And we’ve always sought something new to entertain us. Now more than ever, alternate history is at a crossroads to both inform us and to become more mainstream.

In our contemporary world where violence has hit the streets and shadows of history linger to carry on the hate from the past, it’s no wonder people look to see where we went awry. People want to believe there’s a better world than ours.

Alternate history serves as a warning. It can tell us how close we came to living in a society even darker than our own, or what we could have done differently to live in a better world now. Social commentary has always been an intrinsic component of science fiction. But most of those science fiction tropes are worn and irrelevant compared to the difficulties we’re facing at the moment. We’re searching for something relevant. Zombies are dying, vampires suck, and comics – the once new zeitgeist of spandex-clad gods and goddesses of the modern era, are already a decade into their golden age cinema era. It’s no longer terra incognita. So, what then, will fill the void?

Alternate history gives us an infinite number of worlds to create and explore, all based off a single, tiny change. It can give us both entertainment and social commentary as it tackles how things could have been and why. It allows us to build a better timeline and thereby make the changes necessary to improve our own. And on the flipside, it lets us see how it could have been much worse.

In our timeline, Benedict Arnold betrayed our country by attempting to sell an easy victory to the British forces at West Point. When that failed, as a turncoat and a redcoat, he sacked Richmond, then turned his gaze northward and razed the city of New London, burning it to the ground. Leaving nothing but ash and scars. Ultimately, he faded into obscurity and notoriety, a single pair of bronzed boots the only monument to a man who is little credited for saving an infantile America before betraying it.

But Benedict’s betrayal isn’t the worst outcome. His plan could have succeeded and the British would have won a decisive blow by taking West Point. If that scheme had failed, it could have been even worse still. There could be a world where the British gave Benedict more power, including Cornwallis’ Southern command. It’s possible Benedict Arnold could have defeated George Washington and the French forces, thereby keeping America under British control with Benedict Arnold at the head of a British America. Somewhere in some world, a gilded statue of Benedict Arnold glistens in Hyde Park outside the Parliament building under the ever-watchful face of Big Ben as time ticks on.

Alternate history may give us many worlds, but we only have the one. Let’s embrace the growing genre, use it as escapism and Friday night fare, but more importantly, use its lessons from other failed earths to make ours the best possible.
Posted by Mitro at 10:52 AM